← back to
Unlog
Get fresh music recommendations delivered to your inbox every Friday.
We've updated our Terms of Use. You can review the changes here. 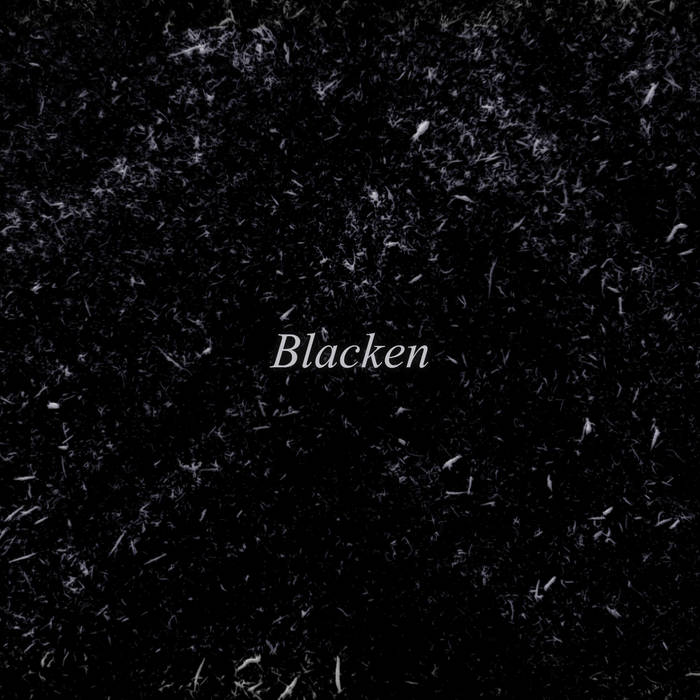 As an introduction to our new series of singles, we wanted to feature a project that would cement our vision and set the path for all the following ones. Or at least tick a few boxes : free-form electronic based music works born from a genuine experimental creative endeavour, offering different perspective either through narrative, sensory or technological crossovers. Musical works that emerge from different perspectives, bridges with other forms of art.
Needless to say, we’ve found a great contender here : Blacken emerged in the imagination of Brussels based collective ALEA(s), whose project we’ve had the chance to discover their work firsthand, through their wild and banging live acts. Beyond their skills, we were thrilled by the way they engage their audience in their live creation process, building semi-improvisational sets using bouncy DIY modular sound, live CG and live drawing capture.

That was something that needed archiving and of course, audio+video was the only way to go.

Faithful to the universe which emerges from their performances, Blacken is a vivid and organic piece of electronic music, creating its very own aura by fusing facing concepts. Blacken opposes full spectrum noisy hits with carefully chiselled shards - as of a dialogue between the avant-garde club scene and modern electro acoustic works. Deep and dark synth drops open the track to a more dystopian atmosphere, blackening the horizon that wasn’t giving so much hope at the start. Blacken concludes by an intense build up, supported by an hypnotic and singular bass line which definitely uphold the track’s intention and name.

ALEA(s) is an audiovisual collective based in Brussels joining the forces of illustrator FSTN, musician and synth manufacturer Shakmat and motion graphic designer Boris Wilmot.
Born from the will to offer a unique live experience, ALEA(s) delivers boiling, improvised performances mixing live drawing, video animation and electronic music.
Surrounded by their audience, the three members are busy creating their show, without any safety net. While the intense organic electronic music fills the room, the illustrator’s physical implication in his drawings and the hypnotic animations projected onto the big screen unite to finish this well-rounded show.
ALEA(s) performances are often described as immersive, dense and crafted.

ALEA(s) is an audiovisual collective based in Brussels.

Bandcamp Daily  your guide to the world of Bandcamp

Trevor de Brauw of RLYR and Pelican stops by for a chat, plus a tribute to the late Trevor Strnad